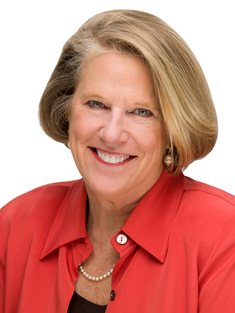 ELIZABETH L. LITTLEFIELD is a Senior Counselor at ASG, where she leads the firm's Sustainability Practice. She most recently served under U.S. President Barack Obama as President and CEO of the Overseas Private Investment Corporation (OPIC), the U.S. government’s development finance institution. In this role, she managed OPIC’s $24 billion portfolio of financing and insurance to support private investment in more than 100 developing countries. Under Littlefield’s leadership, OPIC’s commitments to investments in renewable resources grew tenfold in three years to $1.5 billion annually, its portfolio doubled, and it ranked at the top of the federal government’s employee viewpoint rankings. She instituted major reforms across the agency’s operations to build a first-rate, global financial institution. From 2000 until 2010, Littlefield was a Director at the World Bank and the CEO of the Consultative Group to Assist the Poor, (CGAP), the global policy and advisory partnership charged with building and professionalizing the microfinance/inclusive finance sector. Earlier in her career, Littlefield spent 17 years at JP Morgan, in New York, Paris, and London. She served as JP Morgan’s Managing Director in charge of capital markets and financing across Africa, the Middle East, Eastern and Central Europe, and the former Soviet Union. Prior to that, she was the head debt trader for these regions and served as a director of investment banking based in Paris. From 1988 to 1990, Littlefield lived and worked independently in West and Central Africa, setting up local microfinance institutions. Littlefield currently chairs the board of M-Kopa, a leading pay-as-you-go solar company in Africa. She also serves on the boards of the World Wildlife Fund and numerous conservation and environmental institutions. She is a graduate of Brown University and attended Sciences Politiques in Paris. Littlefield is based in Washington, D.C.